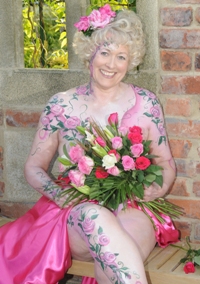 Liz Bylett contacted us to tell us all about her involvement in an exciting charity calendar, with a difference.

“A vivacious and gregarious group of women, from the sleepy village of Downe in Kent, have joined together with a team of incredibly talented body painters to produce a fantastically visual and exciting 2009 body painting calendar.

“Well preserved”, jam making W.I. ladies have donned nipple tassels and bared all in paint to raise monies for this valuable
Children’s charity.”

The above is an excerpt from the press release that I am currently working on!
Press release? I hear you ask, yes I have never before written a press release but this is just one of the things that I am learning since my involvement with the Women’s Institute Women of Downe.

It all started over a year ago, when I received a call from a very lovely lady Barbara Stevens, she had this wacky idea body painting her chums as the next project for raising funds for Demelza House- a children’s hospice for terminally ill children.
Their previous calendar raised £23,000 and the goal for this one is £50,000.

Well I can say I was immediately enthralled by the idea, and set to phoning my body painting pals to share the concept with them.
The response was immediate and extremely enthusiastic, so we set a date- 2 dates actually to spread the workload and set to designing and organising the themes for the calendar.
Charles Fox jumped in immediately, as ever, to sponsor and support this worthwhile cause by providing all of the products and paints for the calendar.
After many many hours of planning, meeting and numerous phone calls we came up with the 11 themes that are now in the calendar.
To fit with the theme of the charity each page of the calendar has been themed to a children’s nursery rhyme or Superhero, also all have been carefully chosen to be subtle, not overly suggestive (as it is for a children’s charity) but also fun!

The painting days passed in a blur of fun, camaraderie and oodles of paint, the visions I had held, all started to take shape and I could start to see this shared vision forming into a really fantastic reality. Day one was held in a Barn in the depths of the Kent countryside, good old Max Wragg saved the day with his ever-faithful Tom Tom! Raphael and Gary Fieldhouse arrived to have their model sitting naked and ready to paint with in 2 mins of arrival, Bridget (Miss February) was really keen to get on with it! Raph was heard to comment that she was much keener that most of the younger models that she usually works with! 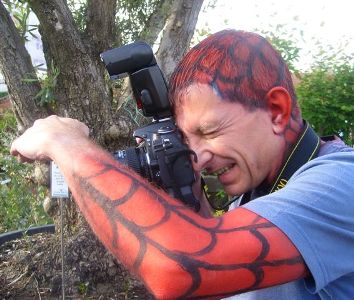 Images were shot wherever they could be; Spiderman managed to clamber up onto the garage roof for some very realistic New York Skyline shots and then doubled up to multitask as cameraman. The final body paint of the day was Miss July painted by Myself, when finished we drove her to the local plant nursery, which always sponsors the calendar and proceeded to play at Alan Ticthmarsh in gathering bundles of plants and flowers to set the scene for the images, we had great fun.Day 2 was held at The Cedars, amidst crying babies and barking dogs, very surprised post men, there were some fun challenges along the way; Katrina Bate after painting our mermaid was hit by rain just as we started to photograph, but the show must go on, so out came the brollies. SPIDERMAN TURNS CAMERMAN BY KAYLEIGH WOOD 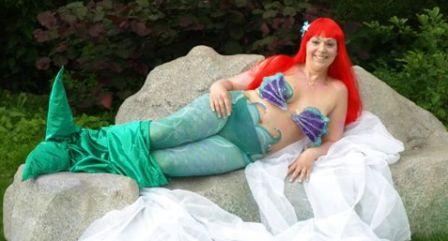 The Mermaid’s rock was later that day to end up in the central reservation of the M20 motorway and the 2 police officers that were called to the scene, were not amused! Barbara, (Miss July) and Georgie (Cruella) after tears and great apologies managed to escape a short spell in jail. 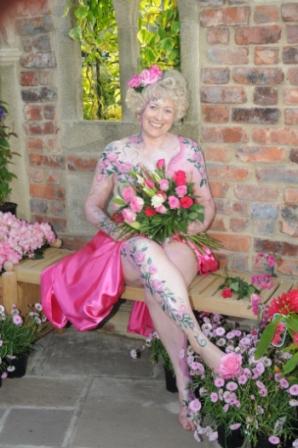 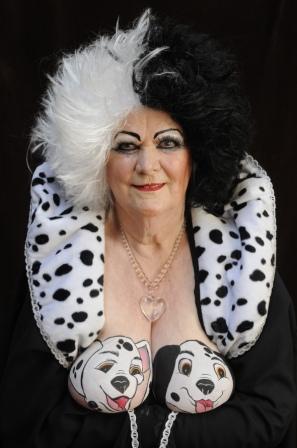 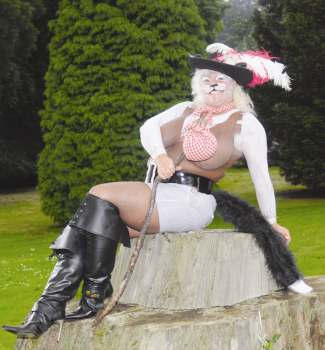 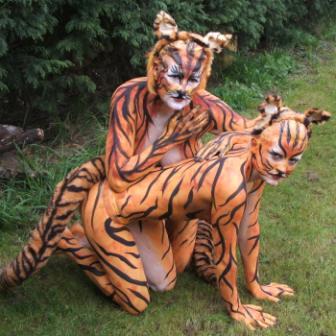 But all in all the day ended well with all the shots in the bag and everyone feeling pleased with their efforts. 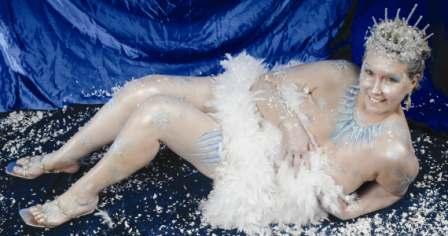 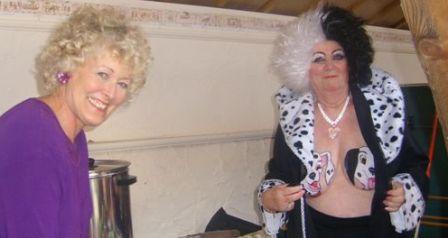 A few weeks later I received a call that the calendar was ready, we all gathered for the grand unveiling, everyone was thrilled, all the hard work and efforts put into this calendar had produced great results.

Now we needed to sell it and get the monies rolling in to this really worthwhile charity, I met with Julie @Illusion magazine who gave me some invaluable tips on selling and promoting, later Vikki at Charles Fox once again shared some great ideas, and Michelle Collum has helped with the press releases.
I have written to Dragons Den to try to sell the concept of this and I am currently approaching various radio and T.V networks to get this calendar out there to the masses.

The best part of it for me was that this idea, this seed, this vision held by one woman was then shared by 2 women, this vision held by these 2 women started to grow and manifest itself, more people joined on board and shared in this joint vision, they may have had slightly different ideas and inputs, but they all came together really naturally and easily, each person called upon brought their own “special” qualities and ideas and helped to formulate this seed this initial concept into the amazing piece of artwork that it now is.

So here we are now, months down the line, with this precious gem, of human giving, ready to share, now my wish is to get the calendar out into the world to share that initial intention of making a difference- Demelza House
“Adding Life to days where days cannot be added to life”

I invite you share in this by visiting www.dd4charity.co.uk
(hopefully live early November) or contact Miss July - Barbara Stevens – news@barbarastevens.co.uk 01689 856114